Welcome again to this yearly post, where I try to analyze my gaming behavior during the last year. You can read about my previous years:

Evolution of my boardgame plays over the last 5 years 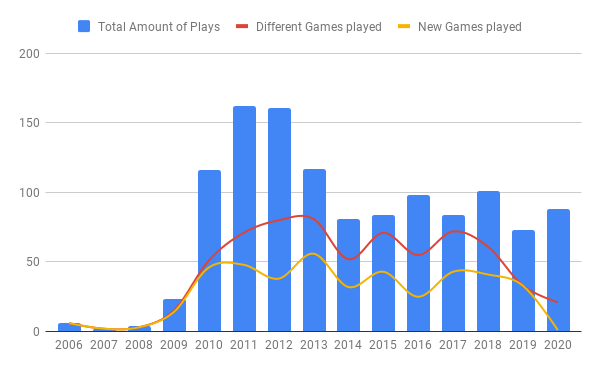 Games played per year until the end of 2020

I will organize again the analysis in categories, as the time I spent in RPG or video games is becoming much more relevant.